The problem persists, and there is no unusual sensation while driving. Connect the diagnostic instrument to do a brief test and discover that the N73 has set a fault code for the current state: the B21DC01 electronic ignition switch's buffer battery is malfunctioning.


Check the vehicle registration card; this vehicle has CODE429, is equipped with a 700.4 seven-speed dual-clutch automatic gearbox, and the parking pawl lifting solenoid valve L21 is part of the electromechanical parking pawl placed on the dual-clutch transmission's casing (as shown in Figure 1).


The components of the Park pawl lift solenoid valve L21 are as follows:


If the voltage of the on-board electrical system is interrupted, such as after a vehicle collision accident, the electronic ignition switch control unit N73 will perform the actuation, and the G1/7 additional battery will provide backup power to N73 through the additional battery fuse F25/1 (10A, red) 30b , N73 actuates the parking pawl lift solenoid valve L21 through the emergency path to the dual clutch transmission control unit N15/13 pin 17 (P-NOT parking pawl) to engage the transmission gear P under low voltage conditions , to prevent slipping.


The relevant circuit diagrams are shown in Figure 2 and Figure 3. 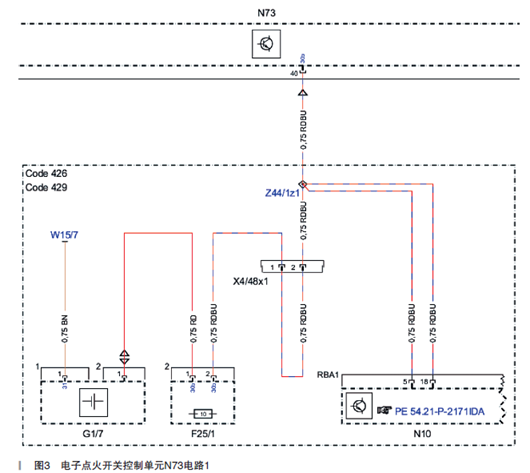 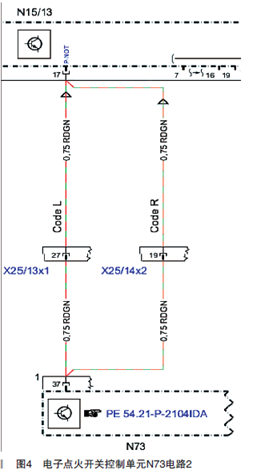 
One of the functions of the signal acquisition and actuation control unit N10 is the energy management of the vehicle. The N10 processes the signal from the battery sensor B95 and evaluates the state of charge of the on-board grid battery G1; and directly monitors the additional battery G1/7 via pins 5 and 18 The voltage and current can be charged to the additional battery G1/7 through pin 18 in a timely manner. 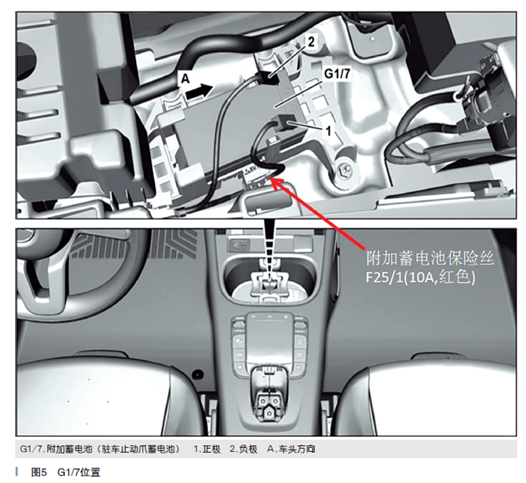 According to the working principle of the system and the analysis of fault codes, the possible causes of the auxiliary battery failure displayed by the instrument are as follows: 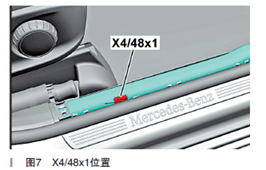 
Fault summary: Because this car is not installed, the analysis is caused by assembly errors on the production line.